We are Adjust Video Production, a top Music video production, Los Angeles, offering professional video services for music artists in the Los Angeles area. An experienced and creative film crew leading by Alex Jopson, the music video director, will produce appealing and trending visuals for your next music video project.

The music video we produce will look like a one you can show on the silver screen with the efforts of our professional video crew and music video director.

Alex Jopson has been composing and playing music over 15 years what makes him a trusted expert in music video production in Los Angeles. He has his creative vision on how to direct a music video of the artist of any genre and style.

Through the years of his intense music career as a rock band frontman, lyric and music writer he developed his artistic and unique approach that already helped many video artists to reach their goals. It could be getting followers, promoting new music video, being accepted to Music TV channels or getting #1 spot on Reverberation. 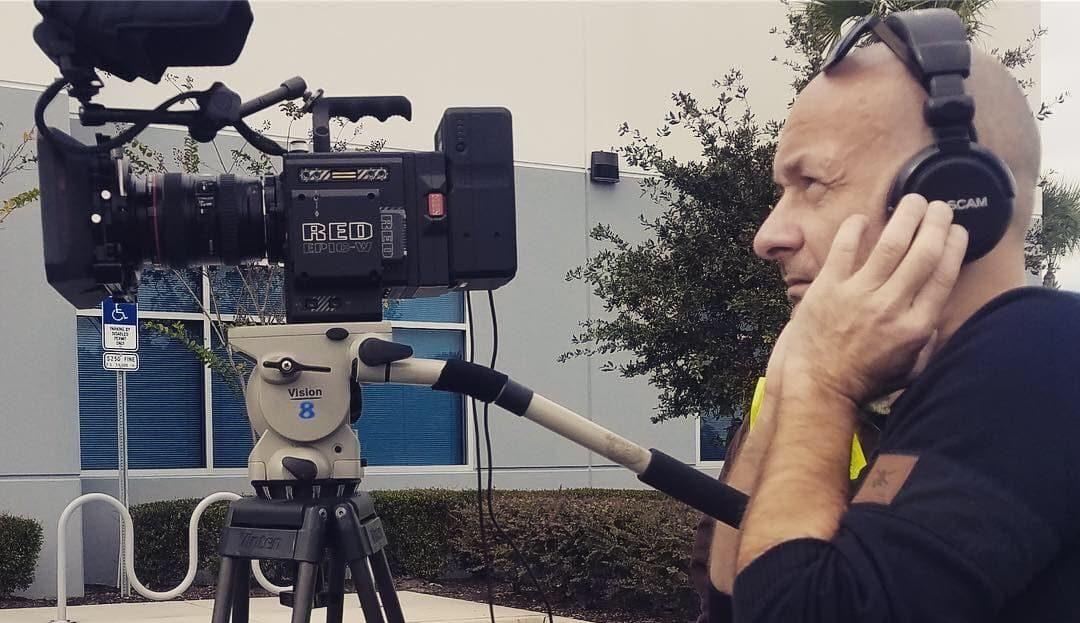 Conor Maynard – “Hate How Much I Love You”

Our pre-production services include general management, such as setting up meetings and calls, requesting permits and other paperwork, handling logistics such as travel, etc. We also offer our assistance with the creative side of music video production in Los Angeles as well, helping to write up script treatments and storyboards. The music video director will be able to wrap your raw idea in a professional script at no time.

We understand how important the quality aspect in music video production. The music video had the potential to be seen by millions of viewers. That is why here at AD.JUST we utilize top of the line cameras such as Canon C 100/C300, Black Magic Mini URSA, and RED EPIC-W 8K. We will also take care of the rest of the necessary equipment for successful video production like drones for aerial footage, lighting equipment, dollies, and cranes.

We can perform location and talent scouting for music video production in Los Angeles if needed. AD.JUST works with the best union and nonunion talent agencies and can provide a large rooster of the talents.

This is the most time and creativity consuming process and can take up to 2 weeks. Music video editing is the process of placing and layering various shots, sound effects, graphics, and audio tracks into a polished and professionally looking project. We choose or create a unique stylistic fit for your image or music style.

How much music video cost?

It can cost from to $300 for DIY option, $5,000-$10,000 low budget music video productions or up to a $100-200K on a high end. A different set of the film crew, a different type of camera, number of talents and locations dramatically affects music video production costs. Especially in Los Angeles, where you have to secure a filming permit for each location you want to have in your video, such as Downtown views, iconic building, even regular street.

So it will be very helpful if you will see how much music video costs based on the type of expenses below. Securing some of the options from that list by yourself can really help you to save money and produce the quality music video.

You should have a clear idea of what should happen in your video. Creative services like scriptwriting can cost from $300 to several thousand dollars if you are involving an award-winning scriptwriter. You can draft out your vision and attach some video references to illustrate your idea, usually, that is enough for filmmakers to understand what direction to move.

Professional talents cost from $300 to $800 per day with additional an 20% as talent agency fees. Background people are more affordable but still, require at least $50 to $100 per day compensation. Most of the agencies will make you sing the contract which requires certain food and gas compensation as well. So if you’re planning some concert or party scenes for your music video, do the math, maybe you have enough friends of fans that will be happy to take part in the filming.

Think about the locations that can be used with no additional costs – your family or friend’s house, public parks, and recreations, friendly facilities, etc. Paying the filming permits for each location for your music video production in Los Angles can be deadly for your overall budget.

Music filmmakers will give you the crew cost estimations based on your idea. There is no formula set in stone but the minimum headcount for a production day is around 4 people. Director of Photography, Cameraman or Camera Assistant (sometimes DP also can be a cameraman), Gaffer, Producer, and PA. Then you might need makeup and hairstyle person. If your video requires operating special heavy gear like dollies, big sliders or cranes – technical operators should be considered. As well as the drone operators which require having a special permit, basically, a pilot license of some kind.

The range of the cameras that can be used is so wide so there is no sense to mention all the brands. Cameras like Canon C 100/C300, Black Magic Mini Ursa and RED are most common in music video production and are easy to find. Besides the camera, your video crew will need extra gear as lenses, batteries, dollies, monitors.

Think about props and possible rentals (cars, boats, bikes). That also should be covered, don’t think that the film crew will use their own vehicles to perform the task. So consider rental expenses as well as insurance coverage.

Think about gas money, parking, food. Let’s say you finally found a beautiful location and all set for the full day of production, then count the number of people involved, film crew, talents, yourself.  All those people have to commute to the spot somehow and have at least a lunch and water supply for an efficient working day.

And last but not least  – music video editing. It is when the magic happens, scattered pieces become a solid product. The cost of the post-production in Los Angeles can be almost equal to production expenses due to the complicity of the creative process. Video editor should find a unique style that will highlight your video and make it lasts throughout all the video. Multiple visual and sound effects used in that type of video, syncing the music and the live-action footage, making the tiny emphasis and working on the details are what make the music video a masterpiece.

So our best advice is to be ready to specify your budget limitations.

Generally speaking,  it isn’t a good idea to make filmmakers guess what level of the production you are aiming for. But with a certain level of openness in communication filmmakers will be able to compile the best package that will stay within your budget limits but still able to provide you with a quality music video.