What Are Videographer Prices and Video Production Costs? 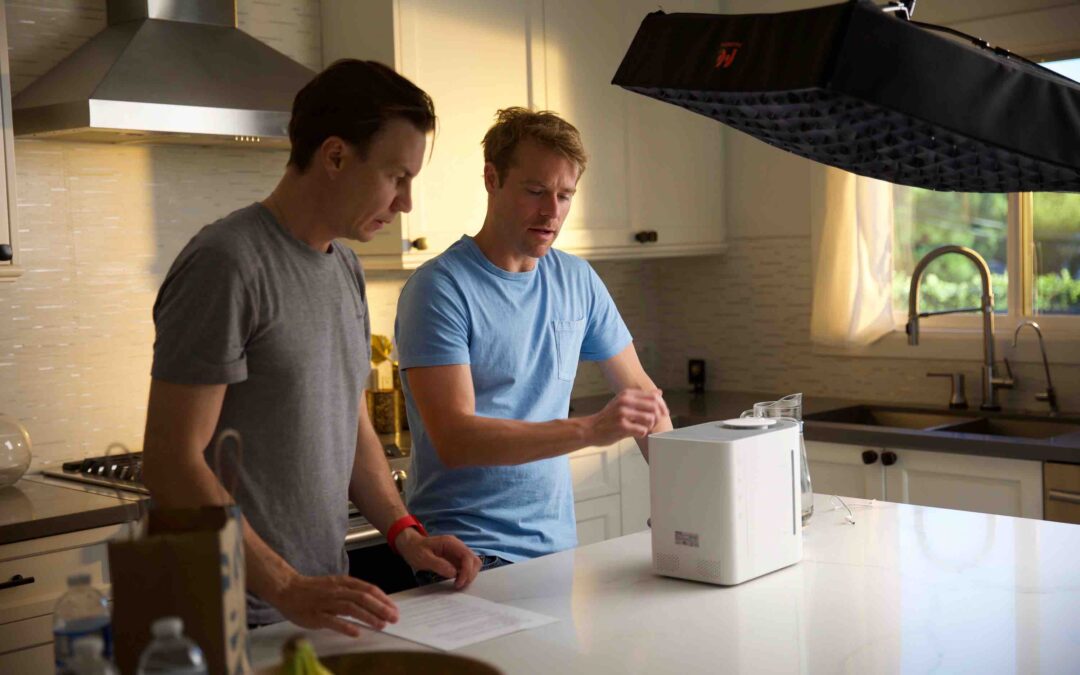 Whom are you hiring? Where are you shooting? What gear kit are you using? These questions become considerable while making a production budget. Videographer prices do not only include the charges of a videographer. A lot more aspects are considered while making a budget. Let’s explore the details of pricing and production cost of videographers and how you can manage everything more efficiently!

1. What goes into videography pricing?

Here are some of the key elements that influence and decide the pricing of different videographers:

Video production cost greatly and unquestionably depends upon the experience of the video production company you’ve hired. The more experienced it is, the less time it will take to produce a video. This, in turn, will save your money by reducing the number of retakes, dubbing and tweaking by doing it all in one go or two.

However, if we talk about the price side, the most experienced crew will charge you high because of the quality of the content they will provide you. Conclusively, we can say that a more experienced video production will charge more.

A DSLR camera can make a simple video. Still, if you want a good quality, you may need a camera with advanced features and lenses, as lenses significantly impact the quality. It’s a no-brainer that you’re hiring professional videographers for a good quality video, and for that, you’ll need many other tools besides a camera. For example, you may need a professional lighting setup, a recording audio setup, or a drone shot, depending upon the required result. Ultimately your videographer price will include charges for this gear kit and the camera. They may have to rent these tools sometimes.

Crew refers to a number of people included in the team. A crew of one or two team members is enough for an inbound video. However, the crew’s size increases as the video’s complexity increases. A complex video requires a variety of gears, and you’ll need a crew to operate each piece of equipment separately and efficiently. If you want a well-produced video, the crew may include a whole team, from producer/director, lighting tech, and sound man to videographer/cameraman and drone operator. And each one of these members will be paid individually. So you’ll have to include their rates in videographer pricing as well.

For a great video, one requires a great script. It depends on whether it is entirely written or you must provide an outline to actors or models on camera. Script writing also depends on the duration of the video. Longer the piece, the longer the script. So the videographer’s price will also include the script writer’s rate.

Where is your video being shot? If you have a dedicated inbound area for shooting, that’s cool. If not, you’ll have to find a location most relevant to your topic. And eventually, location rent will add up to your production cost.

With location comes the travel expense because the crew will have to travel to the site. Videographer prices will include travel costs in the budget too.

This factor depends on the type of video since some don’t require actors or models while others require them. So actors/models will charge according to the duration of the shoot and their experience.

Here comes the most critical factor. Excellent editing skills can transform a monotonous video into an exciting one by using different effects like graphics, animations, and slow-motions. The editing part is considered post-shooting time, but the editor will include its own videographer prices to the entire video production cost.

One important thing is that as a client, you must put forward your budget and then ask what the videographers can do in that budget? And what they’ll charge for your demands?

2. Videographer pricing by the type of professionals:

Apparently, a videographer’s price includes the whole crew’s budget. However, crew members’ prices depend on the video’s complexity and duration. Following are the day rates of some standard crew members.

The role of the DoP is to ensure that every photo or shot is worthwhile and point out when they are not useable. They also closely work with colorists during editing.

A producer is an essential crew member responsible for the whole team’s coordination from the beginning to the end of the project.

Camera operators are responsible for dealing with a variety of cameras. Their pay depends upon their experience.

A drone operator is responsible for using drones to capture photos or footage clips.

He is the light person who is responsible for coordinating all the lights needed on the set.

They ensure that every person who has to appear on camera looks best and prepared. Usually the have additional charger for makeup kit.

PA ensures everything is ready for the shoot, including the set, crew, and actors.

AD.JUST is a Los Angeles video production company offering professional and affordable high-quality videography services to our clients. We have been providing custom tailored video solutions for businesses, professionals and individuals since 2014.

Request videographer pricing, our team of experts are waiting to hear from you!

3. How to reduce your video production cost?

If you’re working on a budget but still want to get a high-quality video produced by a qualified videographer, here are some points to consider:

The pre-production process includes all the planning for a shoot, like a concept developing, hunting for location, and scheduling everything, which adds to the budget. You can reduce videographer pricing by doing these things yourself. Or you can hire a local production company that will have everything planned already.

You know about your product or service more than anyone, and it is better to provide your script to the agency. You don’t have to be a professional to write it. However, you can make a rough outline and give it to a professional videographer, and the videographer will modify it into something ready to be shot.

Not every video requires an artist for a proper storyboard with drawing. You can provide a video treatment document, and any professional videography crew will be able to work on it without any storyboard artist.

You can save money by being a talent for your video, or you can have a beautiful co-worker or friend who isn’t shy to come in front of the camera; otherwise, you’ll have to pay for actors/models.

Shot locations or studios are expensive and can quickly raise your video production cost. To save money, you can find a nice place or use your office if you have a large conference room or an aesthetic wall. You can also use a bare wall by hanging paintings and some plants. Some companies also provide props and backdrops for the shoot in your office.

You have to feed the production crew because it’s a universal fact that one cannot work well while starving. So instead of including catering service in the budget, it would be better if you provide catering yourself. This way, it will cost much less and save some money.

You can also reduce videographer prices by hiring a freelance videographer and a sound and lighting operator rather than a whole crew. You can hire a company just to check the video for revisions after it is completed.

IMPORTANT: It’s crucial to note that you should never try to reduce the gear or crew costs. Here you need to trust the company you hired as it is their job to do the correct estimation on what it takes crew and gear to reach the production value you need.

4. Factors that can affect the price of videography

Videographer prices can vary according to certain factors. Some of them are discussed below:

The more complex a project is, the higher the videographer price will be as it will need more crew members and the expertise of the production team.

It refers to the timeline that the crew needs to finish the whole project, from pre-planning to shooting to editing. If you need your project to be completed urgently, you will have to pay more to cover last minute videographer prices and expenses. Deadlines can range from a day, a week, to a month.

Shooting in public may require you to obtain a filming permit from the local film commission department, sometimes you will also require a police officer or firefighter, or you may need to block the street. This increases your budget.

The more competition among professionals is in the market, the less they may charge you.

5. Benefits of working with a professional videographer

If you’re working with a pro videographer, you will get to enjoy some benefits from them. A few of those are listed below.

A skilled videographer will have high-quality equipment, including a lighting setup, a good sound recording setup, and a professional camera and gear, which an amateur videographer mostly lacks.

Professional videographers bring the benefits of the whole crew to the table. The role of each crew member is discussed earlier in this article.

Anyone can make a video, but only very few people can transform a basic one into a great and exciting one through their exclusive editing skills. If you hire a skilled videographer, you’ll also get an efficiently edited and a well-shot content. 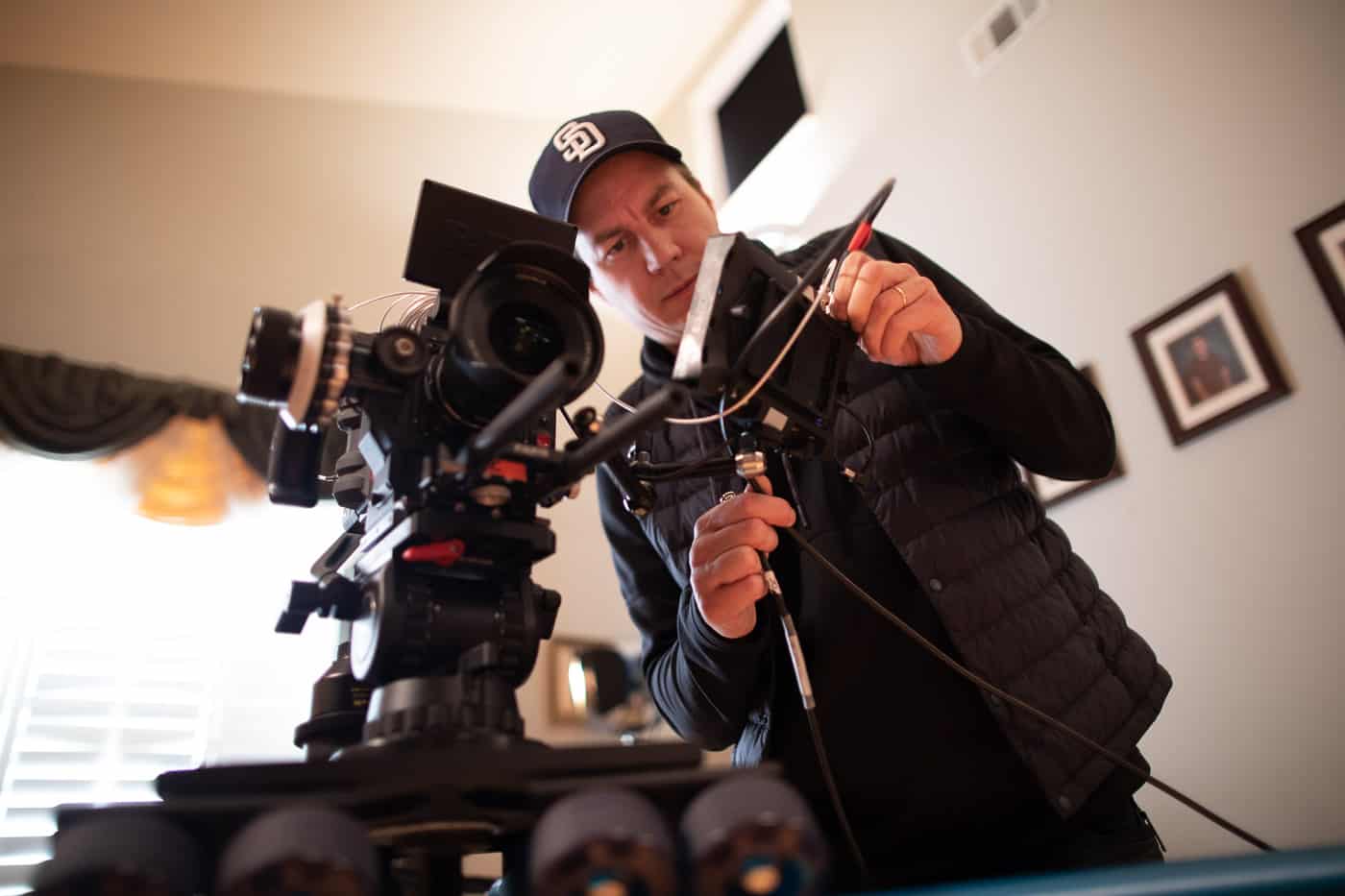 6. How to get the most out of your budget?

Working with a professional crew unquestionably costs you more. But getting a great content doesn’t necessarily have to cost you an arm and a leg. You can focus on certain aspects to get the most out of your video production cost.

Your budget can be economized by reducing the length of your video. Why stretch a one-minute video if you can convey your message in a 30-second video. Viewers also tend to remain interested in a short video rather than a long one, which makes it dull.

• Create multiple videos from one footage

Professional videographers are experts at creating more than one edit from the footage. They won’t have to take multiple footage as creating two footage is twice as expensive as creating one. So they may use the same footage to edit it so that they can make various pieces from it. That’s how they utilize their expertise and help you get the most out of your funds.

You can also use free music for your project, which is available online, instead of creating your custom music, which is too expensive.

The bottom line is that a professional videographer pricing consists of numerous factors ranging from experience to location to production crew to hiring actors, and finally, the editing process. The above-discussed article shows how some factors affect videographer prices, the role of each crew member, their day rates, and how you can save money by using certain tactics.